For those who were there for the 90s, who can forget the Beanie Babies craze?  Of course it blended in with all the other strange goings-on at the time: Pokemon. Prozac. The Spice Girls. Y2K, the great conspiracy theory that got debunked as soon as the decade ended. . .  and the world didn’t. Beanie Babies, which you can find these days in flea markets, dollar stores, and all over estate sales, were at the center of it all.

What Are Beanie Babies?

Beanie Babies were tiny plush toys created by toymaker Ty Warner. Warner worked for a famous toy company in the 70s and 80s where he learned the tricks of the trade. He took the knowledge he gained on the job to create his own company: Ty, Inc., which set out to make a stuffed toy cheap enough kids could actually buy themselves. Like any creative entrepreneur, Warner wanted his product to be unique. So instead of the firmer cotton and polyester stuffing found in most plush toys, Ty used beans to give the toys the pebbly feel of bean bags. Hence the name “Beanie Babies.”

Most importantly, however, was the novel idea Warner had to under-stuff the beans. Under-stuffing made Ty toys more pliable so they could be fashioned into different poses., making them more fun to play with. Now people could make their Beanie Babies sit, stand, lean, kick, dance, or do the splits. The toys were a hit and soon lined the shelves of mom and pop stores across America. Keeping them out of major retailers made them seem scarce, a common marketing tactic.

Warner seems to have borrowed other gimmicks from popular toys at the time, too. For example, Cabbage Patch kids, the doll phenomenon of the 1980s, came with their very own personalized adoption papers. Likewise, Beanie Babies had a heart-shaped tag with the animal’s name and birthdate, providing a sort of back story, as well as proof of authenticity. These tags are referred to as “hang tags” and first generation hang tags are still in demand in some circles.

In the beginning, Ty, Inc. created nine original Beanie Babies first introduced at the 1993 World Toy Fair. The original nine were: Legs the Frog, Spot the Dog, Flash the Dolphin, Splash the Whale, Chocolate the Moose, Brownie the Bear, Squealer the Pig, and Pinchers the Lobster.

It wasn’t until 1997 when Ty had retired several models that Beanie Babies really took off. And just like grunge, chain store coffee, and anything “dot com,” Beanie Babies caught on quick.

The Beanie Baby craze can be attributed to many factors: constant hype around retired designs. And the collectors whose fervor soon spread. As with any fad, the die-hards took collecting to a new level, thus driving up demand. By making a big fuss over tracking down certain Beanies, buying up the Beanies at a store, or in some cases going straight to the distributor, they drove up demand. Stories still circulate about the people who quit their jobs and spent their life savings on the tiny plush toys when the fad was still going strong. A small few struck it rich.

At the same time Beanie Babies were hitting the market, another fledgling company was dipping its toe into the World Wide Web: a website by the name of eBay. The online auction site proved to be a boon to the Beanie Baby market, as sellers could set their own prices as well as buy and trade online. At the height of the Beanie Babies heyday, they accounted for about one tenth of eBay’s entire sales. One could argue that Beanie Babies had something to do with eBay’s early success.

Baecause Ty, Inc. was always producing more models for the market, testing out new designs and retiring others, demand rose for one-offs or defective models.  Just like with Star Wars collectibles, the “variants” can be more valuable since there are fewer of them. Beanie Baby fanatics love quibbling over the differences between “Old Face” Teddy and “New Face” Teddy and having both is like hitting the jackpot. Other Beanie  “unicorns” include Pinchers the Lobster with the Punchers nametag, Brownie the Bear with a Korean tag, and a magenta Patti the Platypus.

Creating scarcity is a common marketing concept — because it works. The idea to retire a specific Beanie Baby, creating scarcity in the market and enticing collectors to pay upwards of thousands of dollars for a single toy with a retail value of just $5 paid off  — and for awhile it worked.

Ty, Inc. made a big show out of announcing the retired models, making it a New Years event people looked forward to and tuned in to with anticipation. People lucky enough to score one of the more rare, retired Beanie Babies would keep them in pristine condition, with the tag still on and often in plastic cases. People thought Beanie Babies would lose half their value without the original tags still in place. People thought a lot of things.

Indeed, some early collectors got rich, and so did Ty Warner. At its height some Beanies sold for as high as $5,000. A toy that cost pennies to make.

In 1997 Ty partnered with McDonald’s deal to manufacture 100 million Teenie Beanie Babies, as the new Happy Meal toy. They were expected to sell big . . . and they did, selling out in less than half of the prospected time. Which meant everyone and their brother got one of the tiny toys.

And as everyone who took Economics 101 knows: once supply goes up, demand goes down. The bubble was about to burst.

Ty Inc. partied like it was 1999 in December, giving out big-time bonuses and relishing in their fast food win. But in January came the sobering new reality. Suddenly Ty’s tried-and-true tactic of retiring Beanie Babies weren’t making prices soar anymore. In what might have been overcompensation, 24 new Beanie Babies were released. . .  and the death knell rang.  Sales plummeted and Beanies Babies started showing up on dollar store shelves.

When a bubble bursts, be it the dot com debacle of the aughties or the more recent mortgage crisis, sometimes the numbers don’t make sense. Who can believe someone would bank on a tiny plush toy being worth thousands? In order for the reality to set in you have to look at the people who were affected. Like Chris Robinson, the soap opera star who lost his kids’ college education fund to 20,000 toys. Or the couple who had to have a judge divvy up their worthless beanies during a messy divorce. Lives ruined over beans.

Collectors may be wondering: is there a market for Beanie Babies today and if so what are they worth? Very rare retired models in mint condition are still considered valuable, but these instances are few and far between. While sellers may name any price they wish on eBay, what matters is if they actually sell. Some popular Beanie Babies include the Princess Beanie Baby (created in 1997 to honor Princess Diana), Nana the Monkey and Digger the Crab.

But mostly, Beanie Babies are just a part of a bygone era, a bubble that burst with the 90s, barely worth beans. 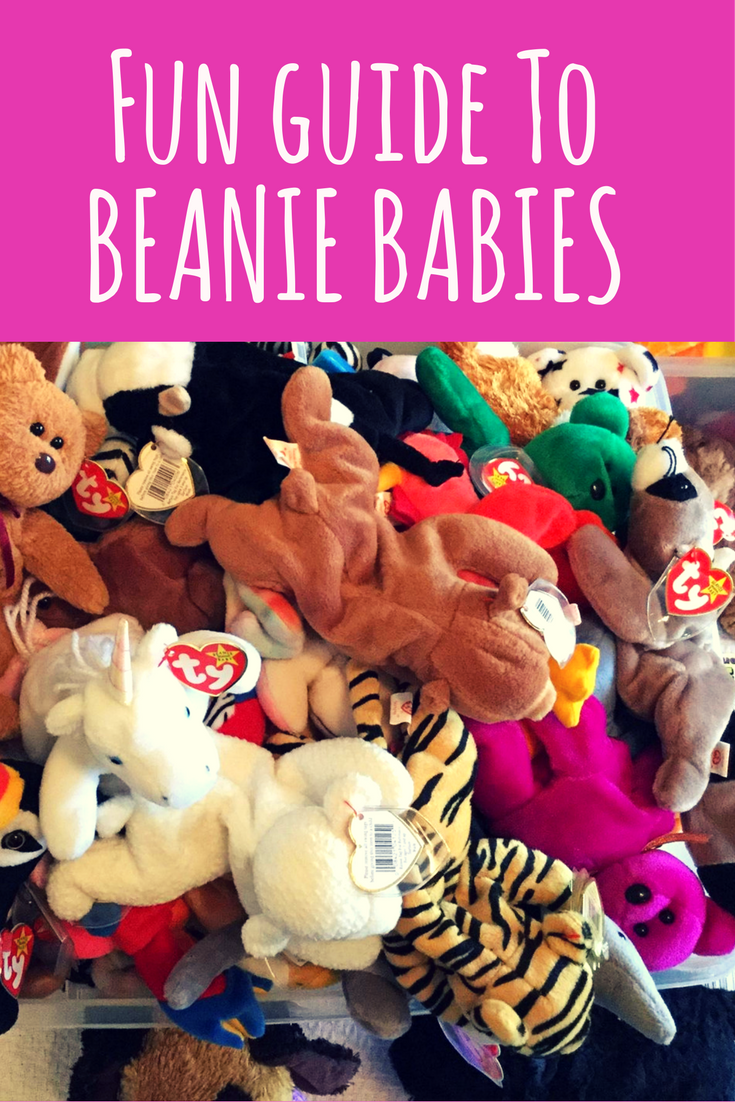 Do you have any Beanie Baby stories to share — or did you escape the 90s unscathed? Commiserate with your fellow estate salers below!